Ontario has two publicly funded school systems at the primary and secondary school level:
public (non-denominational) and separate (Roman Catholic). The curriculum through out the
Ontario public school system is set by The Ministry of Education and English is the language of
instruction within the school systems. French Immersion programs are offered in the public and
separate school systems, which provide most, if not all, subjects in French. For children of
francophone parents, there is a separate French Language school board.

In Ontario (for most schools), the school year begins in September and ends in June. The grade
a child enters is based on where the child’s birthday falls within the January to December
calendar year.

The school that your child/ren attends will depend on the school zone determined by your home
address.

Elementary school programs (primary) begin at the Junior Kindergarten and Senior Kindergarten
level for children who are four years of age. It is important to note that Kindergarten is half day,
either a morning or afternoon session, so additional childcare may be required by the parent.

FIND OUT WHICH SCHOOL DISTRICT BY ENTERING ADDRESS

The Ontario Ministry of Education 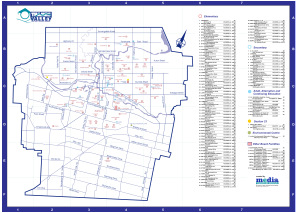